1866: The 24 year old Arnold Schunck and his brother Ludwig set up a company in Hauset (Hergenrath municipality, today Raeren) in the water mill Küpfermühle on the Geul river, where they finish yarns as commissioned work. On January 25, 1873, Arnold Schunck and Anna Küppers married, and on 31-10-1873 they had their first child, Peter. A year later they moved to Heerlen, because the Kupfermühle could not feed them all. What Ludwig did, we do not know, perhaps he stayed in Hauset.

Peter J. Schunck in front of the the house where he was born

After the death of their father, Nikolaus Schunck, in 1865, they had to divide. How they did it, can be found in the article Arnold Schunck, a weaver who maintained by his grandson P.J.A. Schunck, published in: HET LAND VAN HERLE. There were tangible assets: a house and a workshop with obsolete equipment, but initially hardly any liquid assets with which Severin-Joseph, the successor in the weaving business in Kettenis, could buy out the other heirs.
Arnold and Ludwig were therefore unable to buy yarn to finance orders in Hauset. So they dyed and finished yarns and fabrics for the industry. The Kupfermühle, like most of the mills in the region, worked for the textile industry in the Eupen region, which in Prussian times was called "Landkreis Eupen". In the following we will see how this worked.

In the series "Geschichtliches Eupen" Vol. XLV – 2011, Eupen, Grenz-Echo-editions, an article was published under the title: Die Mühlen im Kreis Eupen in den Jahren 1820 und 1830 (The mills in the district of Eupen in 1820 and 1830) by Peter Staatz.
Much of the background information on the Kupfermühle in this story comes from this article.

After the defeat of Napoleon in 1815, the area around Eupen was assigned to the Kingdom of Prussia under the name "Landkreis Eupen". This district fell under the "Regierungsbezirk" Aachen and consisted of municipalities, which in Prussian times were called "Bürgermeistereien". As early as 1820, the initiative was taken in Aachen to create a mill register for the new district, not only for fiscal reasons, but also to get an overview of their economic power. The preserved mill registers from the years 1820 and 1830 contain a detailed list with the name, location and type of the mills, as well as the number of machines and workers employed. It is located in the Stadt- und Kreisarchiv Düren. The lists of the Bürgermeisterei Hergenrath were made on 18 December 1820 and 18 May 1830 respectively. Among other things, they are notable for their awkward word choice and spelling, as the civil servants and mayors were not yet accustomed to the new official language. After all, the official language had been French before and the common language was the local dialect.

In the area of the municipality of Hergenrath, three water mills on the Göhl are listed for the village of Hauset. The mayor has added a description of the course of the Geul, in which these mills are described on p. 45 as follows:

“The Geul River rises in the northeastern part of the municipality of Eynatten, runs from there in a southwestern direction to the village of Hauset, which belongs to this municipality, and there, after a course of less than fifteen minutes, drives a spinning mill located east of the village, owned by Mr. Nelissen from Aachen, along with a shaving and roughening machine called Fingerhuts Mühle.”
The second mill driven by the Geul is “an about one hundred and fifty paces south of this located fulling mill, called Lohnmühle, with two fulling basins and a flushing basin, about one hundred and fifty paces to the south.” Thus, the mill also served to apportion fabrics.
From here the Geul “passes through the village of Hauset, and drives at a distance of about ten minutes a spinning and fulling mill, owned by Maria Catharina Schyns of Aachen, mentioned in the register as No. 3, called Kopfermühle.” 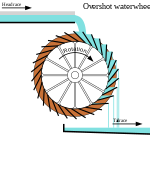 This is, of course, the Kupfermühle. The mill was built under French administration (according to the 1830 land register). Peter Staatz writes on p. 63: "One single overshot wheel probably drove a ‘spinning assembly’, certainly also two fulling basins and a flushing basin. The mayor noted that both the fulling and the spinning plant were driven by one and the same water wheel and that the plant was still in full operation: “If, however, the spinning plant is driven, the fulling plant must be put out of operation because of too weak water.” In 1820, there were 21 workers working there."
In 1830 it was owned by H. Borstenblei in Aachen and was still driven by an overshot wheel. It was now employing 47 workers.

As mentioned above, this mill was the birthplace of Peter J. Schunck, who moved with his parents Arnold and Anna to Heerlen as a one-year-old child.
Read about their dreams and further live in the article Arnold Schunck, a weaver who maintained.